TO EMBED A YOUTUBE VIDEO INTO YOUR POST, COPY THE LAST PART OF THE URL INTO THE FOLLOWING TAGS
Eg: http://www.youtube.com/watch?v=CoiFGva_JoY becomes:

^^^Funny in a sorta screwed up way


Feel free to add more, though it'd be good if we didn't fill up this thread with loadsa comments - we should make it like more of a library.

monkeybdg wrote:it'd be good if we didn't fill up this thread with loadsa comments - we should make it like more of a library.

i agree- you can only post in this thread if you post a link to a video!

and the rest: http://www.youtube.com/profile_videos?user=Blendtec
Last edited by ZÃƒÂ¶ltuger on Tue Sep 11, 2007 4:44 pm, edited 1 time in total.

Oh gosh, I spend about an hour on youtube a day- it would be impossible to list my favourite videos as they change daily... but, these are worth a look:

LMAO at this one- that guy is crack up!
Andy.

couple more of my favourites:
this one's one of a kind:

well im a bit of a fan of dave chappele at the moment or at least these are funny:
Lil John at the Hospital:

i think thats it for now tell us what you think

This video is sooooooo funny:

Interesting clip.
Wonder for what purpose it was made.
It reads like a '50's propagando film How Safe We Are, Fly Us.
EDIT: After ZT's reply posted below, it's a little clearer. Dangers of being quoted out of context I guess.
Last edited by Charl on Tue Jan 30, 2007 12:41 pm, edited 1 time in total. 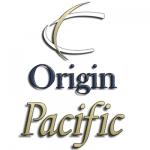 Charl wrote: Wonder for what purpose it was made.

An unusual incident in which an Air New Zealand aircraft nearly flew itself straight into the Pacific Ocean has become a must-watch video among international pilots and, to the embarrassment of the airline, on YouTube.com.

In the little known drama, a Boeing 767 with 176 people aboard, including three pilots, was using an instrument landing system (ILS) at Samoa's Faleolo Airport about midnight on July 29, 2000.

Unbeknown to the pilots, the ILS in Samoa had been damaged by a ditch digger. The signals were faulty and prompted a rapid increase in speed and a steep descent toward the airport.

Although they knew something was wrong, the pilots continued to accept ILS information.

The pilots tried speedbrakes and even the landing gear to slow themselves down although the ILS data in the cockpit kept telling them they were on a standard approach. Just 120m above the water, the pilots simultaneously realised they were in trouble.

The DVD, which re-enacts the drama, has the co-pilot suddenly blurting out "s"â€œ-, those lights are close" just as all three pilots reached for controls to put on power and climb out of the crisis.

The drama was regarded as so unusual that Air New Zealand, in co- operation with Boeing Aircraft, Airbus and Flight Safety Foundation, made a 32-minute training film on it entitled NZ60 A Free Lesson.

It was not intended for the public, but has recently shown up on popular video website YouTube, owned by Google.

When told about it last week, Air New Zealand's initial reaction was to approach Google to get it pulled. But they backed off, as have many other copyright holders in the face of YouTube's popularity.

Air New Zealand spokeswoman Pamela Wong said the YouTube version was abridged and did not include the technical analysis of why the Boeing received incorrect signals.

"We're disappointed to learn that an edited version of this video has been posted onto the internet," she said.

"The video offers some good learnings for the aviation industry, in which a potential incident resulting from external factors outside the control of the crew, was averted by sound teamwork."

What, I liked it!

haha
Well that's the safety video in the bag.
Anyone come across the full ambit of ANZ cabin announcements somewhere?
I'd like to put them into the FSDX panel at some point.
Last edited by Charl on Tue Jan 30, 2007 9:28 pm, edited 1 time in total.

This one is soooo good, its a japanise prank show with pranks that you would never get away with in the US, cos they would simply sue you. Its crack up:
Last edited by ardypilot on Tue Sep 11, 2007 4:54 pm, edited 1 time in total.
Andy.