With the release of version 1.3 of the free VLC Object libraries and associated thumbnail pack (V1.3), it's never been easier to re-create your local airport, town or local landmarks! There are currently over 270 objects modeled and textured from real New Zealand buildings, trees, bushes and objects.

You don't need to have any prior experience with 3D modelling or scenery development, just a Deluxe copy of FSX as you'll need the SDK to compile your placement file into a scenery bgl file.

To get started, you'll need two downloads from the VectorLandClass website - The latest VLC Libraries and the Thumbnail pack which includes instructions for creating your scenery with Whisplacer. Then, its just a case of adding hangers, buildings, trees and objects based on your local knowledge or imagery from Google/Bing (using a program like FSEarthTiles to get an aerial photo into FSX to use as a template for placing objects is a good way to ensure placement accuracy, although the imagery itself cannot be shared)

The libraries are split into 6 categories:

They look Brilliant Tim , many of those objects are ideal in around Wigram , the new warehousing south off Vickerys Rd/Wigram Rd for example .
Last edited by Ian Warren on Thu Dec 08, 2011 11:27 am, edited 1 time in total.

Cheers, Tim, thanks for doing that.

Just a couple of points regarding the library objects:

The windsock needs to be placed at a heading of zero, otherwise it won't show the correct wind direction. Objects which react to the wind direction sometimes don't work unless you have at least two onscreen, so if you find that your windsock doesn't seem to work, try adding another to the scenery. If it doesn't make sense to show another windsock, you might need to hide it in a building or something.

Bear in mind that some objects -- in particular hangars and buildings with 'human' sized features, such as doors -- shouldn't be scaled too much from the default size. Placing a house at 50% might suit the footprint you want to fill, but users will notice that the door is only suitable for hobbits.

Some objects are designed for bulk use, through an optimisation process which minimises drawcalls -- all of the vegetation/trees, and some of the buildings, so don't be afraid to go crazy with these, particularly the trees.

As Tim said, this is the recommended way to add library objects. It does everything that other placement tools do, and a lot of them are done better. Just a couple of gotchas:

Whisplacer isn't that clever when it comes to file extensions, so you need to actually add the extension to file names, it won't do it for you. So if you are saving your scenery as a BGL file, don't forget the .bgl extension.

I can't get 'Save As... BGL compiled scenery' to work, so instead I generally do a Manual Compile to go straight to BGL. I only save as XML if I need to edit the XML code.

Tim has already mentioned the fact that resized objects will appear at 100% when you place them, so getting the right size correct is a bit tricky. Within Whisplacer, the footprint will show correctly, so this can be used to fine-tune the size. For example, when placing a warehouse on a specific footprint, I first place some simple objects at the edges of the footprint, then resize the warehouse in Whisplacer until the placement boxes meet. Sounds, tricky, but once you try it you'll see the benefit.

Whisplacer gives an easy way to insert the XML tags such as 'NoShadow', and they all work well - except 'NoShadow', which is the most common one I need. To overcome this, I use 'NoFog' instead, then use search/replace in the resulting XML file to replace it with the NoShadow tag. You should do this as the final step, as reloading the scenery back into Whisplacer can remove all your tags.

Lastly, Whisplacer had no error checking when it comes to rotating objects using Shift and the mouse. You can rotate to less than zero degrees, or more than 360, and it will let you do that but will give a compile error. It is best to use the Edit box to change the heading, as trying to debug a file where you've rotated everything manually is not much fun.

This is bloody awesome, this allows everyone to make and modify there own payware grade scenery with professionally constructed models on a world class landclass. Thank you 1million times over! 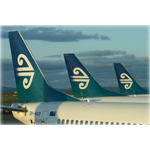 I've just downloaded and installed the new library pack and Opotiki... beautiful work I might add, thank you.

Thanks again for the fantastic work!!

SgtPepper wrote:
QUOTE (SgtPepper @ Dec 12 2011,3:04 PM) <{POST_SNAPBACK}>
One question though. The first library pack I installed came with some south island airfields, when doing a complete re install can I install the sth island airfields as a standalone and then the 1.1 library pack or will I need to put the 1.1 pack over the original library??

Version 1.3 of the Object Libraries AND the thumbnails are now available from the VectorLandClass.co.nz website:

Does this mean that one can only use your fantatsic library's for their own personal use?

Can one now use your librarys to create freeware and public download airstrips? (Of course there would/will be FULL acknowledgement to you and all involved in the "readme" file) 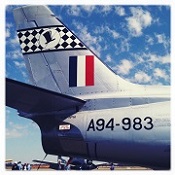 Just to clarify here
The libraries are available for use with in making your own freeware scenery- You can choose if you want to distribute these or not. While they don't specifically have to be made to fit VectorLandClass, they should also work* for users that have it or are running default scenery.

(The aim of the libraries was to open up scenery development, so while there are no problems using them in Orbx compatible projects, it must also be usable by non-orbx users as well)