A separate section for photographers to upload and comment on everything from amateur plane spotting images to professional air to air shots.
Post a reply
18 posts • Page 1 of 1

One of the boy's old shots is very similar to Mark's great banner shot ...similar lighting and angle.

When I start feeling better .... I've really got to "pull my finger out" and get back out there on my previous usual multi-days per week basis.

Thanks for looking Mark.
Just some background on that shot, it's ZK-NZC, apparently the first 787-9 (I believe we were the launch customer)
At the time of taking that shot, it was operating as NZ-104, Syd-Akl.

Splitpin wrote: apparently the first 787-9 (I believe we were the launch customer)


I did NOT know that Thanks for interesting fact.

I then shot her/"-NZE" departing on a crew training and familiarization flight on July 25th 2014 and just prior her entry to revenue service .... as follows .... 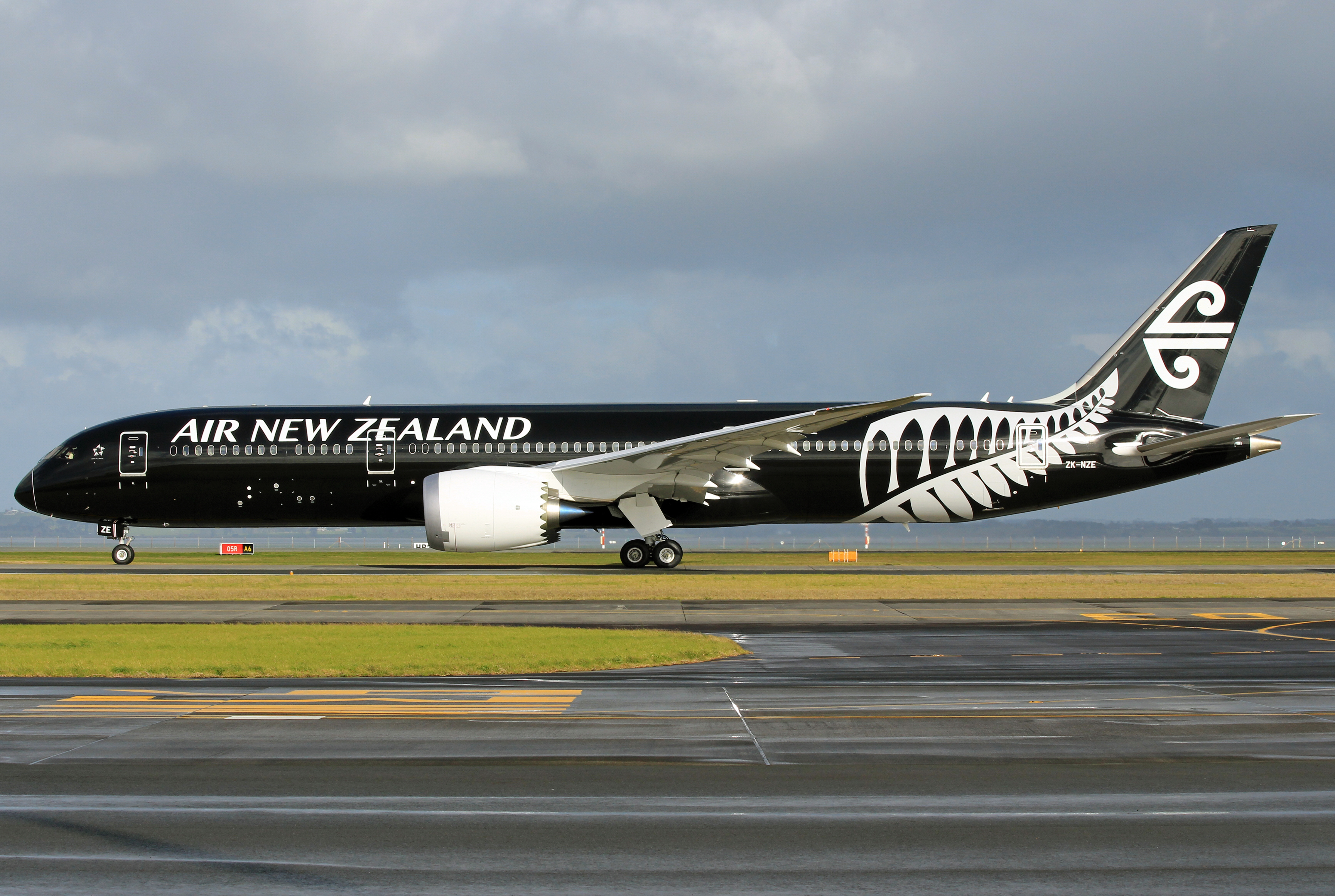 
Think we've got about 14X of the suckers now .... assuming all have by this been reinstated into our fleet.

Registrations are almost consecutive .... ZK-NZC through -NZR .... though as applied to our DC-10's there's no "-NZO" .... and for "obviously infamous historical reasons" we'll be unlikely to ever register any aircraft '-NZP".

Good intel thanks Mark.
Just noticed another similarity, between your shot, and my old screenshot.

Mine was "shot" at Hamilton, which of course would have been an interesting event.
The aircraft was never "flown" there, it was done using the late Ian Warren's pet hate ... the slew keys.
He was always onto me to "fly the bloody aircraft...see if works, it's not all about screenshots" I even had a 1 on 1 lesson with him ...after I cooked cheese toasties for him ...I failed.... really thought the toasties would have at least got me a look in.
Going off topic here again, but staying with Ian, I picked him one day to go and watch the first 787 to arrive in NZCH ..a Chinese airline from memory (still have the photos)....after directing me where to park, and checking my camera, I was allowed to record the event

And must I say, he was right, the shots came out well.

Sorry for the diversion.
Maybe we could start a "Memories of Ian W" thread, Im sure there are many, I know I have heaps.

Mine was "shot" at Hamilton

I used to go down to HLZ quite frequently during the late 90's for both the KIWI and FREEDOM B757's.

The aircraft was never "flown" there

Got a couple of FS subjects that "DID" fly in and out of there/HLZ though as follows .... 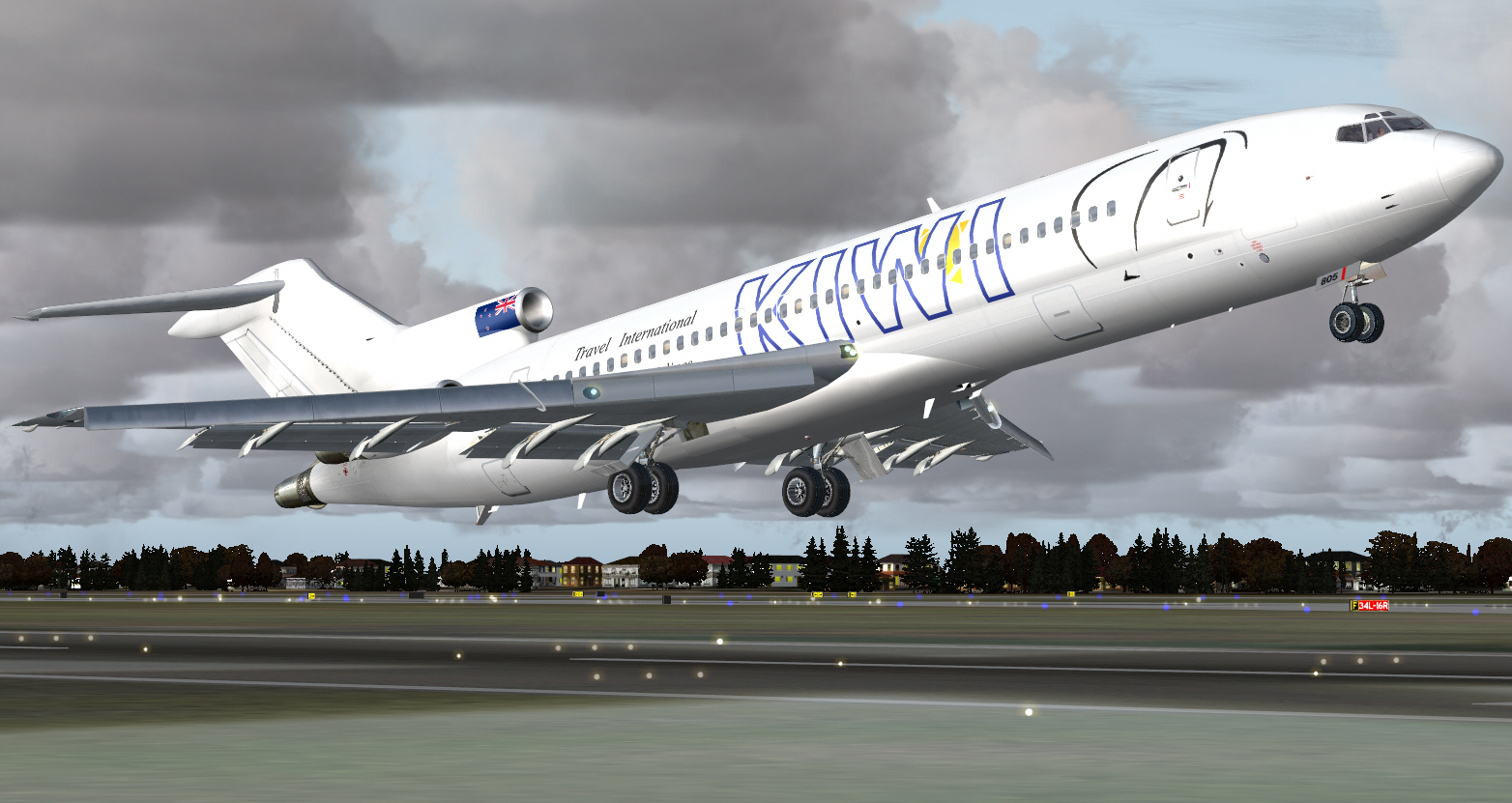 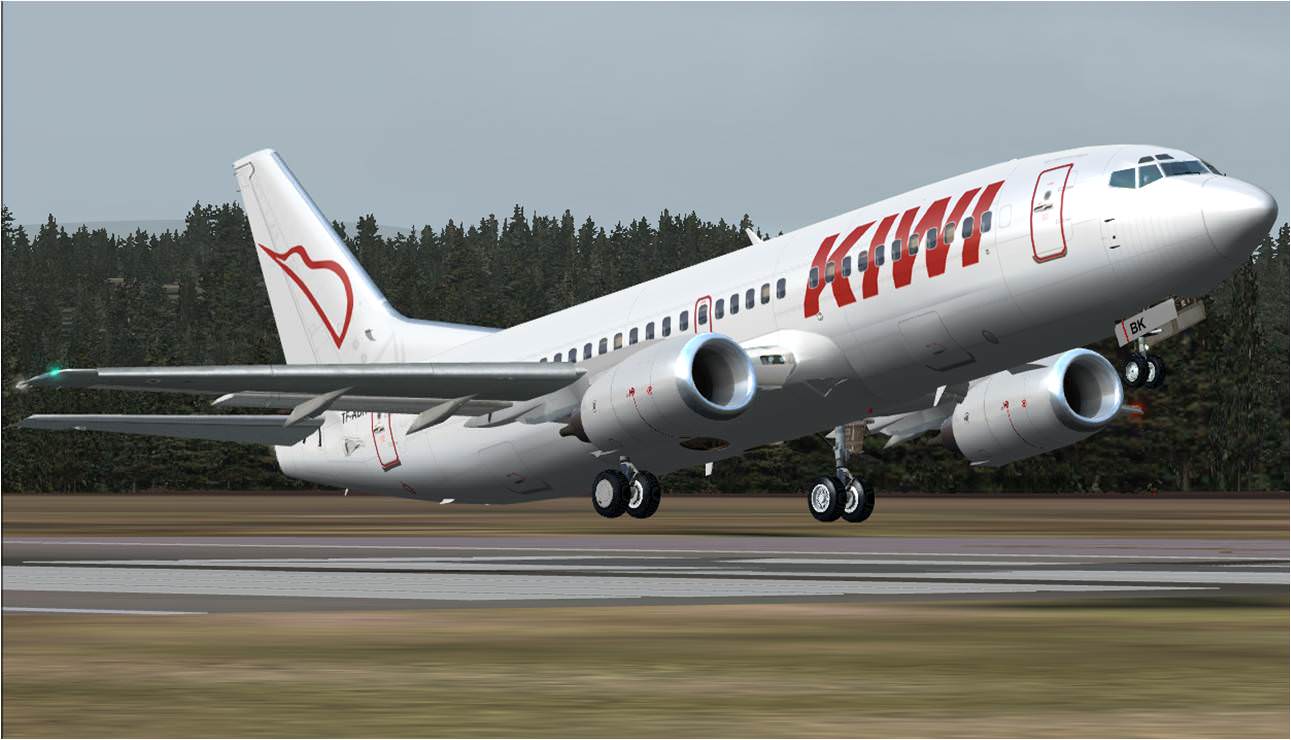 The B727 couldn't operate out of HLZ with a full load "en route to either BNE, MEL, SYD" so it had to transit through AKL for additional fuel.

Think a lot of us were hoping in favor of Ewan WILSON and Pat PRUETT back then. Had they continued to do what they started out doing originally (charters) rather than getting into SKED services, then, they might have survived longer .... although given NZ's small population base that's "a debatable point". They/KIWI did prove though that international services from NZ provincial centers could work .... so long as one can encourage steady PAX traffic/loading "both ways".


Got a lot of (in fact all of) the FREEDOM AIR B733's for FS too and which also operated through HLZ.

.... since they're FS9 and FSX intended files .... although "DEANO" reckons they work in P3D-V3 .... though I still need to be able closely scrutinize "the finer points" of that for myself although at the same time I'm n"not" doubting him either. 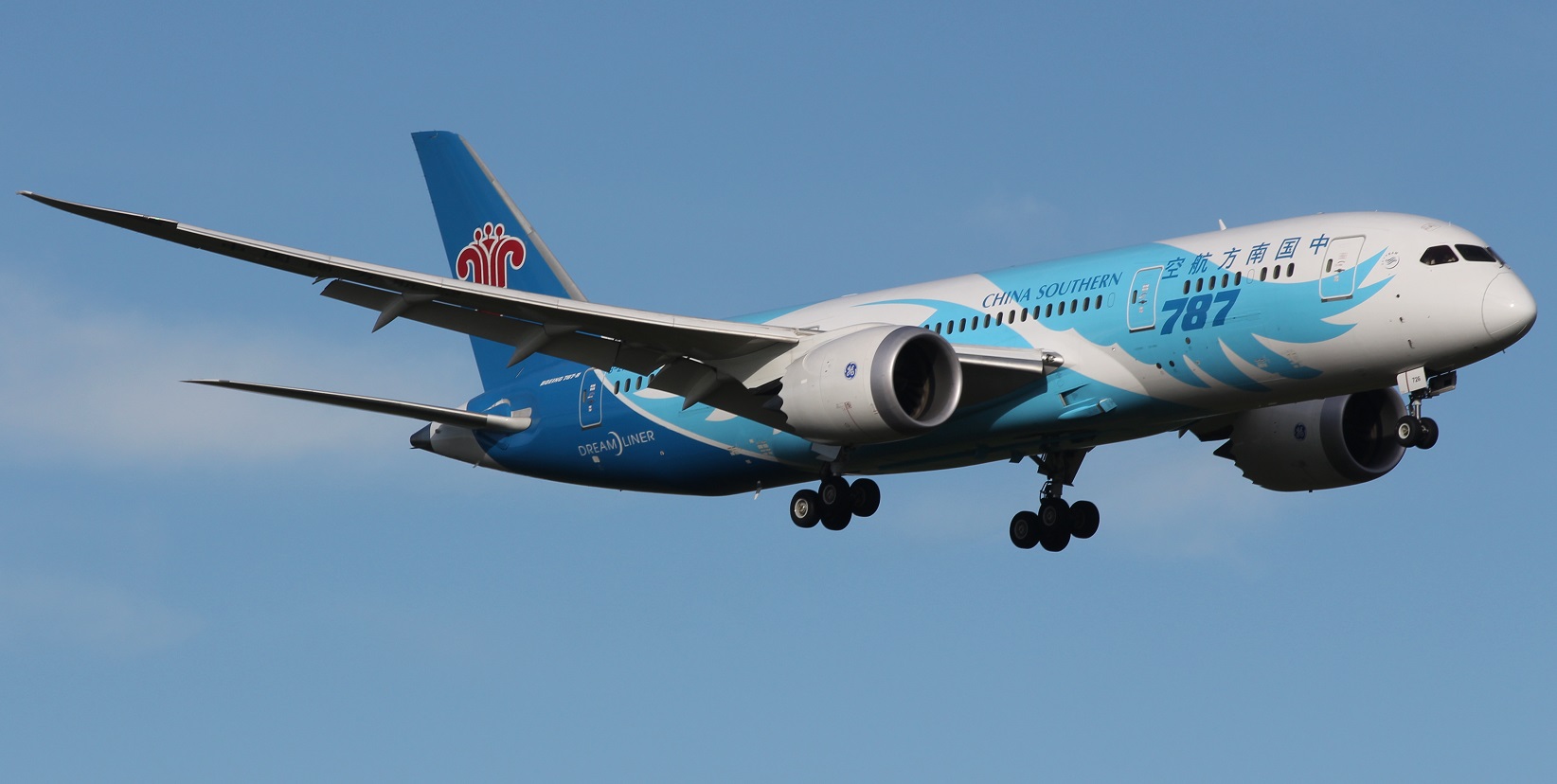 Maybe we could start a "Memories of Ian W" thread

"NOT" a silly idea Marty. I got to know Ian quite well through this and another site. He was always a pleasure to correspond with. Sad he's gone now though .... and more-so (for me) because I could have since done with his assistance/advice in regard to one or two of the FS sceneries he was a major driving force behind the development of.

At HJG I set up an "IN MEMORIAM" page on our forum .... dedicated to the memory of those whom were either part of our own group, or whom have otherwise served it well but have since passed on. I've linked this page below ....

Dunno if something similar would work here at NZFF.

HJG's probably different .... in respect of the fact it's a site which produces and markets "a lot" of its own files, has worked with a multitudes of authors both in the past and presently, and now offers literally 1,000's of downloads as a result .... and for which we accordingly credit those past and present contributors for.

Is your screenshot showing black Air New Zealand 787 freeware SkySpirit 787 model base for FSX use? If so, who painted that livery, please?

Splitpin wrote:Maybe we could start a "Memories of Ian W" thread, Im sure there are many, I know I have heaps.

Marty, remember this one?

Mark, nice screens, just visited HJG this afternoon.
Aharon, I'm sorry but I can't remember where I got that repaint from.
Mike, I didn't do any MP stuff, so sorry I can't recall that incident.

Should have knocked on my office door Marty.

I always keep a few cold ones in the fridge there .... especially for unanticipated/surprise late Friday visitors

Could have wet your whistle .... whilst i regale you with all sorts of stories about the trials and tribulations of trying to run an FS website

I'm sure you'd find it all thrilling/stimulating too

Splitpin wrote: Aharon, I'm sorry but I can't remember where I got that repaint from.

Not a problem Were you using FSX or P3D for that 787 screenshot?? If so, I can look for repaint based on registration number

Aharon, sorry for the delay, I've been sick for a few days. I'm pretty sure that was FSX, the scenery was a locally made photoreal Hamilton, which I'm pretty sure didn't work with P3D ....I could be wrong.

We miss your amazing screenshots!!

Get Well Recovery comfy and smoothly

Thanks, Aharon, much better now.