Share your simulated flights around NZ here. The place to post your flight reports, flight plan instructions and progress on tours
Post a reply
4 posts • Page 1 of 1

Probably my most 'interesting' flight yet ... glad it was in the sim!
It was nice weather when I left DAAG (Houari Boumediene) in Algeria in the single engine piston Vans RV-7 on a direct GPS over water flight to Gibralter AB, LXGB.
I went up to 9000ft and set George and ... went and cooked / ate dinner (aka; as a responsible pilot, I went to sleep in the cockpit leaving the autopilot to do its thing!).
Did I mention it was a solo pilot flight?
I popped back just as dishing up and found I had flown into heavy cloud ... so I did the only sensible thing and set a cruise climb to 13,000ft at 200fpm and went back to dinner.
As I later popped back I found that I was low on the R tank, so switched to the L ... in a full on thunderstorm now, unable to get past 10,800ft thanks to ice with the stall warning sounding off and barely making 60kts ground speed. Looking at the map I could have diverted, but equally I felt that by dropping down and conserving fuel, I might make it. Down to 3000ft, cruising in and out of the bottom of the clouds, and leaned right out as much as I could (hard a low altitude) and down to 2200rpm. Fuel burn lowered, but looking at progress this was gonna be tight. I could have diverted to Almeria, maybe even Malaga, but... I didn't.
And I made it, kind of.
A good few miles out from Gibralter the engine quit; back to the [low] right tank with a whopping 14L in it, restarted, and initiated a 200fpm climb back into the clouds. Got to 6000ft almost over the top, the clouds had cleared to scattered, and the engine quit. No engine, no electrics, so no way to call the tower or put down the flaps. Deadsticked it onto the runway and rolled off to one side.
End of flight, clean underwear required.
I probably should have diverted when I had the chance, but, ya know, food....

So on my round the world flight which started in FSX, went through two or three versions of P3D and now in MSFS, always flying an RV7 or an RV8 I am now at Gibralter and will begin circumnavigation of Africa; not quite sure where I'll go after that; there's a whole bunch of land in the middle of the world map there to get through.
--
Jeff, ChCh, NZ

Hopefully this image will come through (not that it is very clear!) 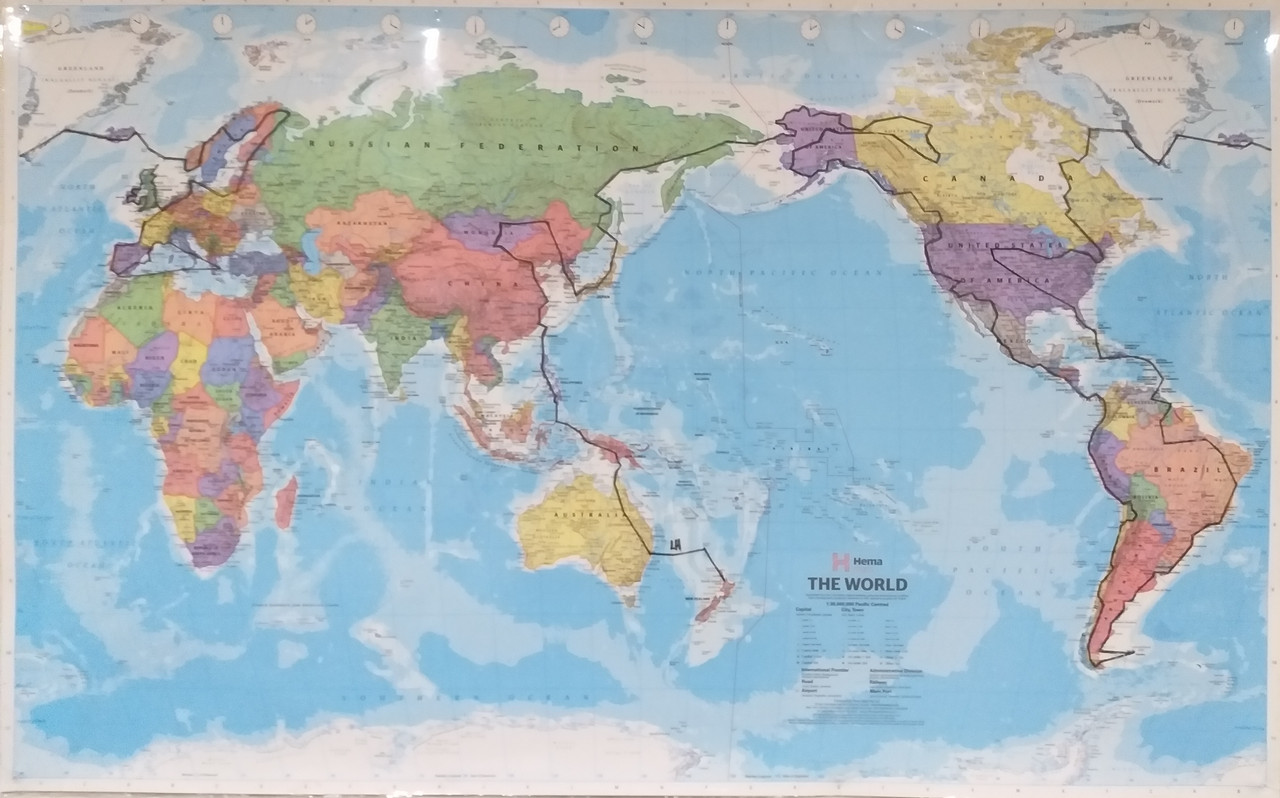 Looking forward to the next leg Jeff, Without the dinner break ... and the map is just fine.

It's been a long slog, and a lot more to go; around Africa, around the Middle East, and then down through the Asias...
I'm in Gran Canaria now.
--
Jeff, ChCh, NZ