This is a private developers-only forum where any issues which may not be appropriate on the open forum can be discussed.
Post a reply
10 posts • Page 1 of 1

Just testing a private developer's forum -- it should be available to anyone with a 'designer' membership type. Not too sure if this applies to secondary membership types, so please post if you can see this.

Yes...but I guess that would be the case for me anyway

Who will be able to see this and who will be active in here ,what is the security against info been leaked back to Orbx via some designers here that have jumped the tasman ,with posting issues over on main and creating discussions around issues at least im aware not to leak much or rub it in ,seems like this is to relive the sometimes heavy discussions on the forum ,kinda putting water on the fire .
I know im a bit of a shet stir now and again but im here to make scenery and sometimes make money and having everyword and subject rapped in cotton wool or watered down is effecting how i rival my competition ,by now you must realize im not going to roll over and let them ruin what ive tryed to create with many of you ,im not sure what this area will do to help move forward as most the designers i have been working with hang on TS daily where we talk shop most of the day till wee hours of morning ,just not all attend the friendly meetings we have ..
FS-Creations.OrG

.... lucky i'm not a developer , the recent posting is to open people eyes if they have them or if they are not painted on , the sometimes pee pot threads open up simply because Herr Venama of the orbx party wont allow any discuss on his product ...so much for his bizz practice and reason there is sometimes their is a quickening .
Last edited by Ian Warren on Fri Jan 20, 2012 8:38 am, edited 1 time in total.

At the moment I'm just figuring out the technicalities of a private sub-forum. Members can have a 'primary' and 'secondary' membership group, we have 12 members with their secondary group set to 'designer', but only one primary -- that's you, Mike. I just wanted to check that the 'secondary' group can see it too -- since Ian has checked in, they obviously can. I've just tidied up the secondary group, leaving only Ian, Snowman and Tim.

Membership groups need to be set by admin, so any requests should come through me. I'll start switching our developer membership over. Who do we want here and who don't we want?

Technically, anyone who develops stuff for NZ could be invited, but I can't see any point in having Orbx people here, as there is no guarantee that it'll stay with developers.

Normal members shouldn't even be aware of the sub-forum. It is accessible to the designer and admin groups only. Beyond that, it can't be considered secure -- you never know when one of us might decide to jump ship and steal our stash:) So obviously nothing actionable should be posted! Think about down the track -- things, and membership, will have changed a lot in 5 years, so think before you post. However the idea behind a closed, private forum is to let people say what's on their mind, so short of abusing each other, anything goes.
Last edited by toprob on Fri Jan 20, 2012 9:00 am, edited 1 time in total. 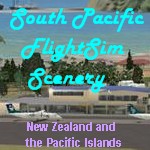 Hi Lawrie..yes you should be able to see it (got to bring around the Falcon one day to show off

.....something loud just took off from NZTG ... hoping it might be the Hunter

What about Gavin (kahu)..shouldnt he be added?

Like plastic is like film , to see is to get the best ... time to delete noddy lands .