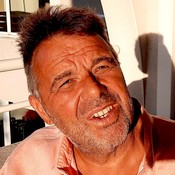 Great desert landscape!!! What do you use for desert ground textures, please?

Aharon wrote:Great desert landscape!!! What do you use for desert ground textures, please?

Thank you!
It is the default AF2's Utah landscape!

Great shot Dani ...you do work that Sim well

As soon as I saw it, I thought "That's AFS2" and sure enough it was

That's a nice tease but could we see more of the P38?

Jeffref wrote:That's a nice tease but could we see more of the P38?

Hello, Jeff - Here's some I took around the Grand Canyon. Not in Dani's league by a long way 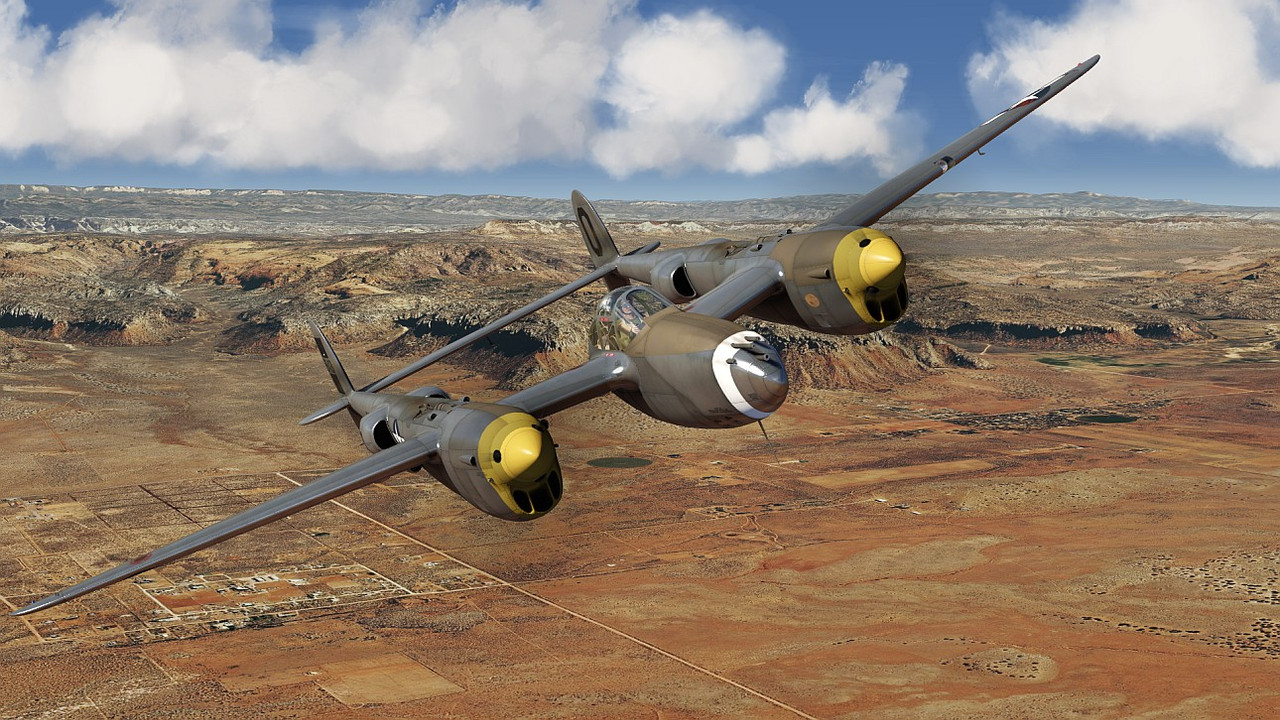 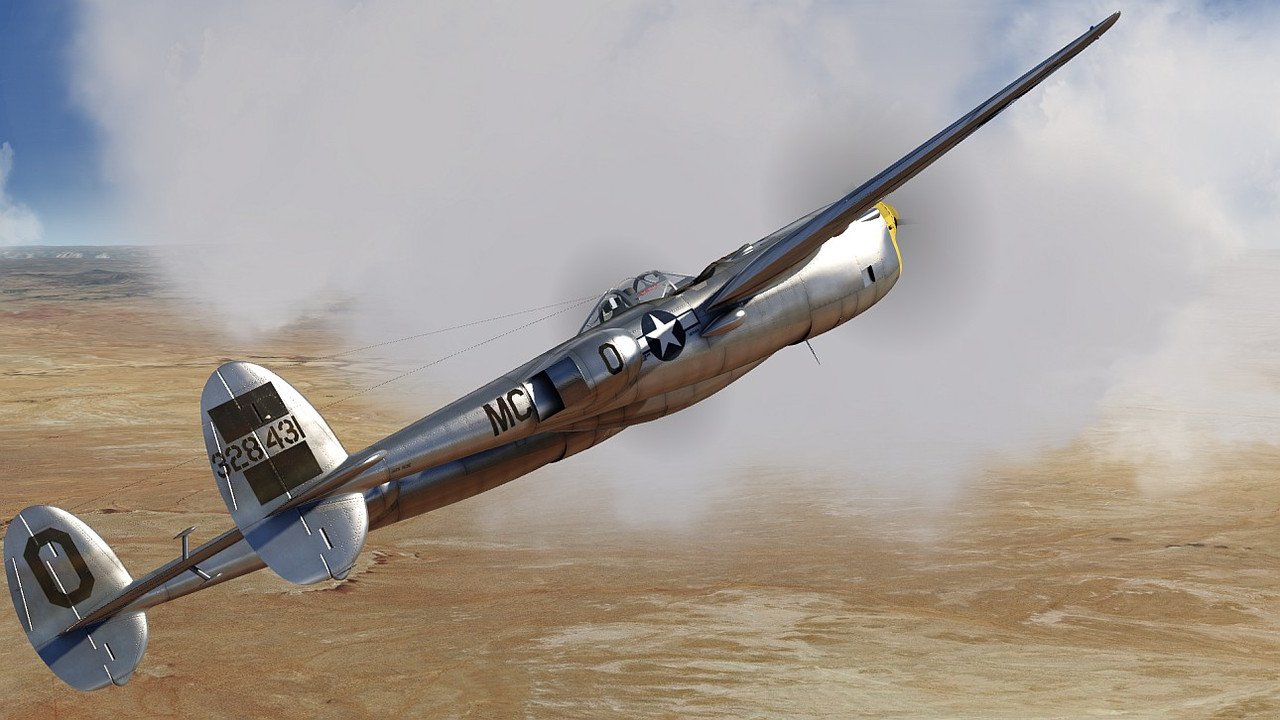 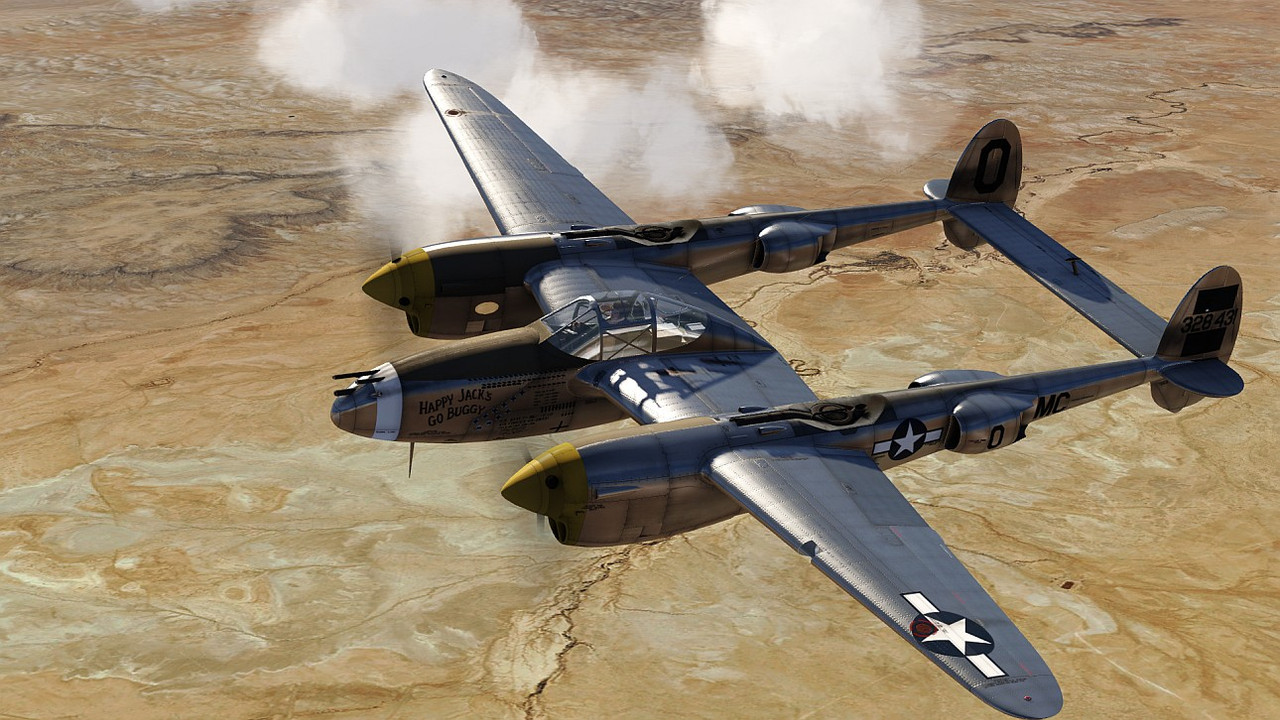 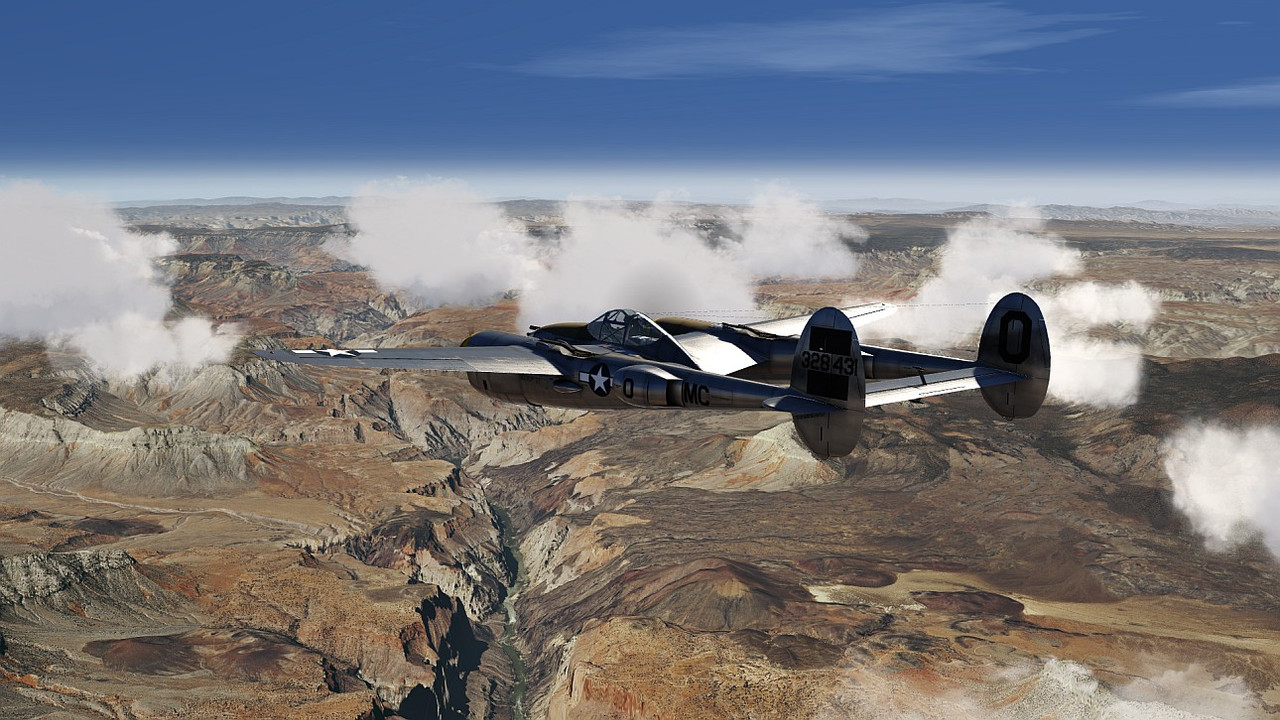 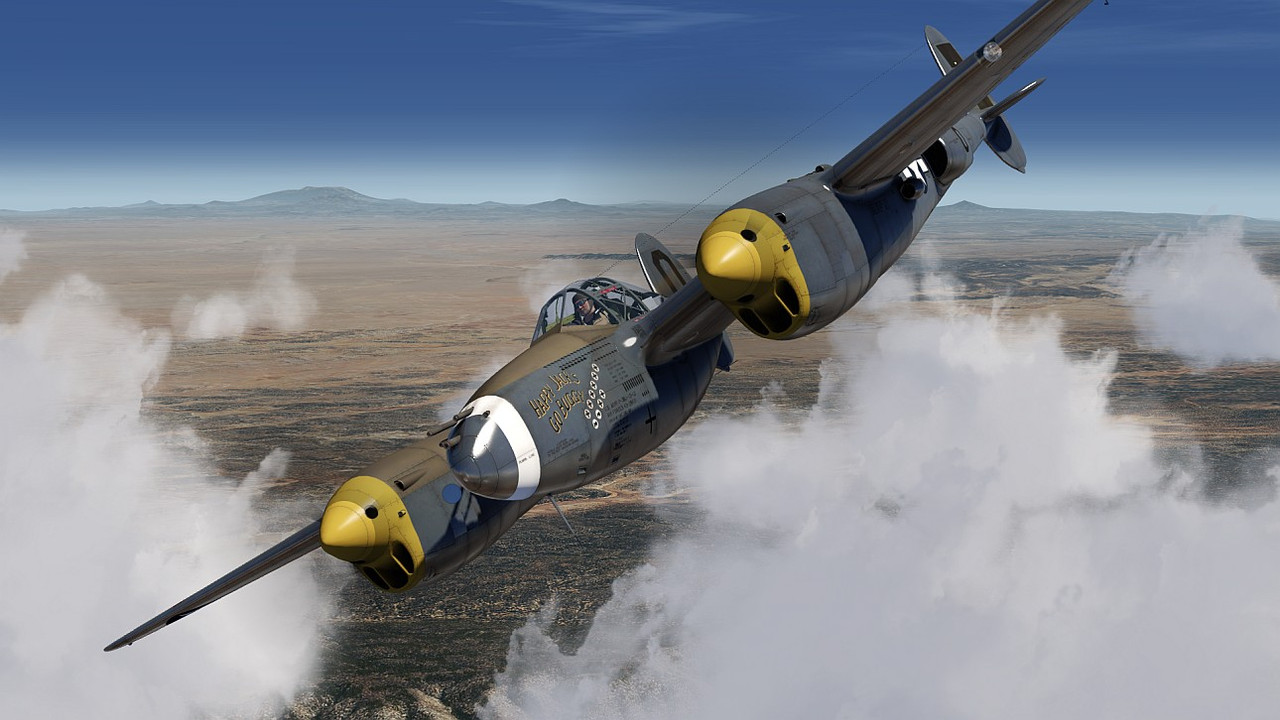 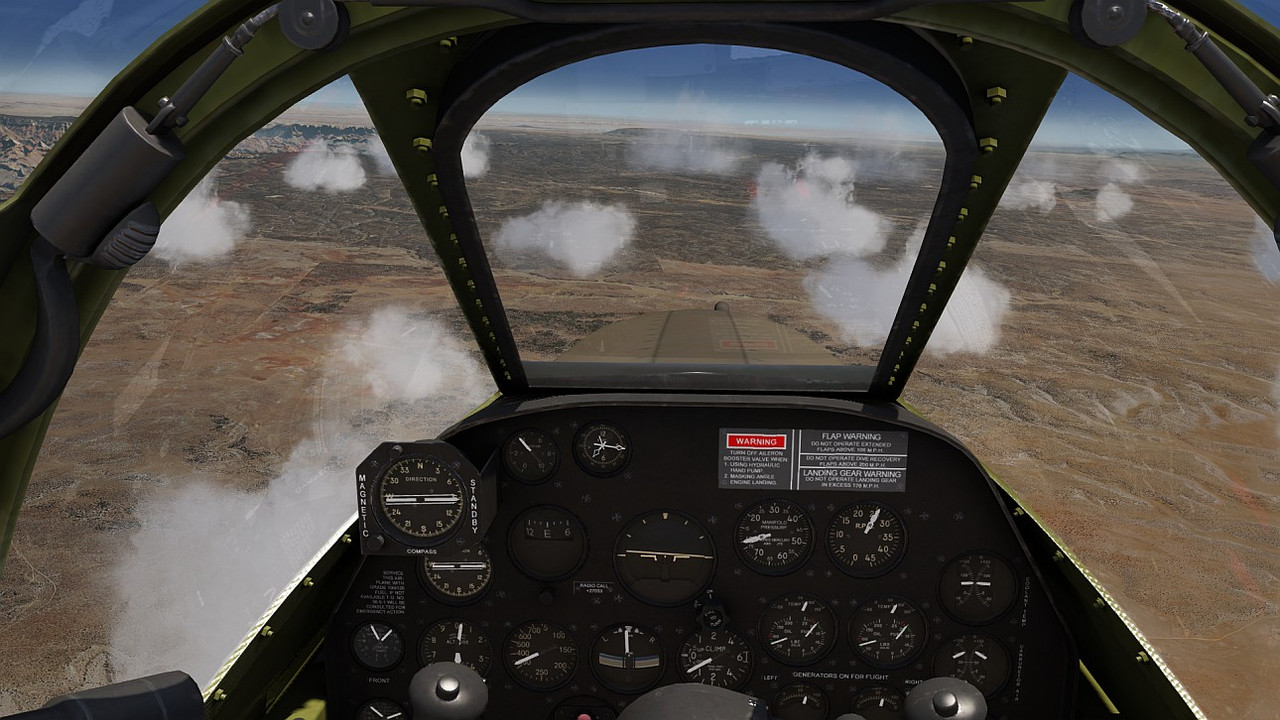 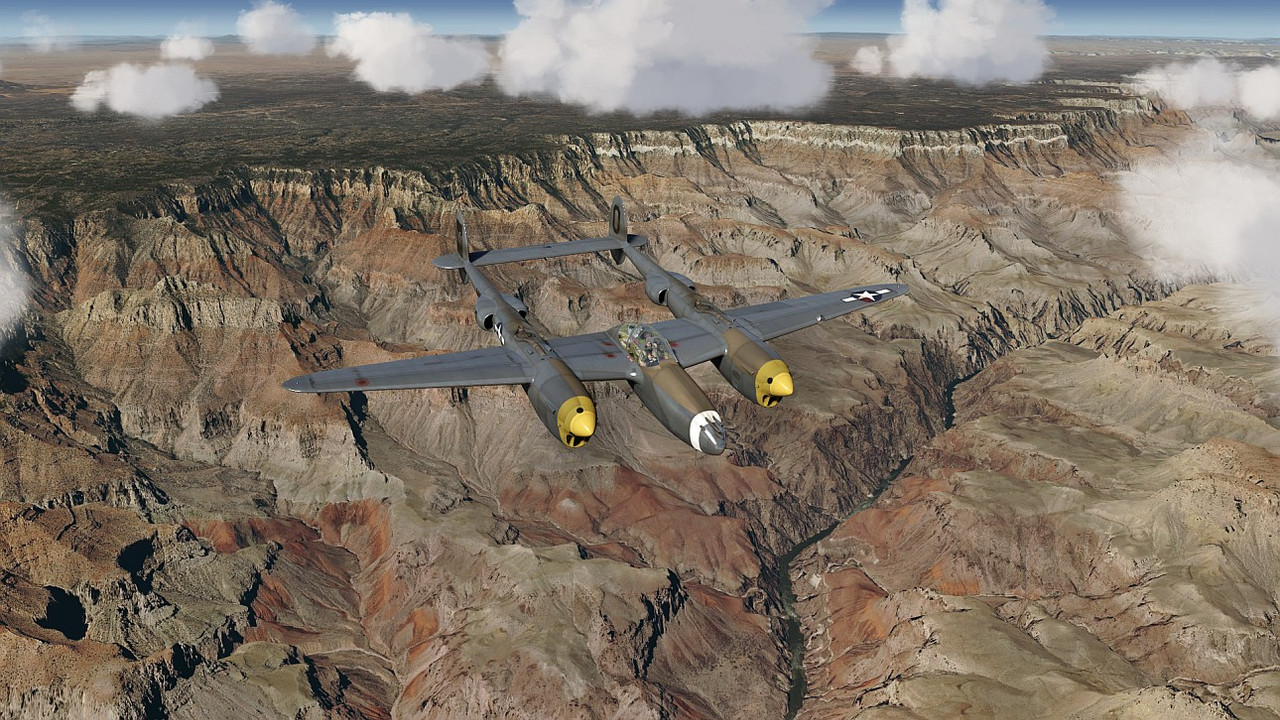 That has to be the best Grand Canyon scenery yet, and the P38's are not too shabby either. Does AFS cover the whole world, the blurb only talks about the US Southwest and Europe?

Jeffref wrote:That has to be the best Grand Canyon scenery yet, and the P38's are not too shabby either. Does AFS cover the whole world, the blurb only talks about the US Southwest and Europe?

Not yet, but it is growing all the time, thanks to a strong community of developers making freeware scenery. The basic install covers largely the bottom left hand quarter of the US, but there are some addons from IPACS, some free, some payware, as well as ORBX and the France VFR Ile de France/ Paris payware There is also a freeware Paris, which preceded that one. I have a lot of NY/ NE Coast scenery as well, but nothing in between, as yet.

Not a lot for Oz, or for NZ, but one chap has made a lot of photoscenery for almost the entire Southland, and a mesh for the South Island. Hi-res photo scenery but the default AFS2 mesh doesn't help. I have made a reasonable photo for the Chathams, but I need a better mesh. I have also done photo scenery for an area where the diagonal is from Westport to Paraparaumu, but the colouration needs quite a lot of fixing, and of course no buildings or trees, yet. I try to use only LINZ data, but some other sources have fewer clouded areas, or other errors, so I finish up with a hybrid. Given the state of the US, it would be great if NZ could take over NASA, and photograph the entire country in one day, but that is just a dream

There's a lot going on. Why not join in?
ATB,
Mike
MikeW
'Propliner' is actually short for 'Proper airliner, with big rumbly radials'

AFS is a possibility but I am holding off util the end of the year to see whether MFS adds a disc option to NZ. Both would depend on using my existing scenery which is up to about 5TB to date including the North Island and half of the South. I can live with 32 bit textures for aircraft so the default is going to continue to be FSX, but a slow(ish) internet connection means on line flying is not an option.

Users browsing this forum: No registered users and 6 guests