The editorial in The Press on 11 September 1928 observed that if Australian pilots Charles Kingsford Smith and Charles Ulm successfully crossed the Tasman that day, the rejoicing in New Zealand would be even greater than that in Australia.

New Zealanders had yet to ‘see a plane arrive from another country except as freight’, and their own countrymen’s attempt to cross the Tasman in January 1928 had failed. They remained excited at the prospect of someone reaching their country by air for the first time – even if it meant their Australian neighbours won the plaudits.

New Zealanders could take some consolation from the fact that one of them was among the crew that made the journey. T.H. McWilliams, a teacher at the Union Steam Ship Company’s radio school in Wellington, joined the crew as radio operator when Kingsford Smith and Ulm’s crewmates from their Pacific crossing returned to North America. After McWilliams and the new navigator, H.A. Litchfield, passed a test by making the first successful non-stop crossing of Australia in August, they were deemed ready for the Tasman crossing.

The men took off from Richmond Aerodrome, Sydney, on 10 September at 5.34 p.m. (New South Wales time). They were in a Fokker VII trimotor monoplane named the Southern Cross – the same aircraft that Kingsford Smith and Ulm had successfully piloted across the Pacific and Australia. Though the group had delayed the flight for a week while ‘awaiting favourable conditions over the Tasman’, they struck thunderstorms throughout the night and early morning. While McWilliams struggled against the turbulence to repair the radio equipment, which had failed shortly after take-off, Kingsford Smith was forced to fly blind for much of the journey due to the heavy rain and ice coating the windshield. When the weather finally improved at about 3.30 a.m. Ulm relieved Kingsford Smith, who had done practically all the flying to this point.

Approximately 240 km from the New Zealand coast the men dropped a wreath in memory of the two New Zealanders who had disappeared during their attempt to cross the Tasman earlier that year. As they neared New Zealand the good weather continued and, finding they were early, they decided to circle over Wellington at a height of 300 m before following the east coast of the South Island to their destination, Wigram Aerodrome, Christchurch. They landed at 9.22 a.m. (NZ time), having covered 2670 km in 14 hours 25 minutes.

The welcome in Christchurch was tremendous. Those ‘tied to the city by their occupations’ stood on the roofs of high buildings; others found vantage points on Sumner or New Brighton beach to watch the Southern Cross come in. About 30,000 people made their way to Wigram, including many pupils from state schools, who were given the day off, and public servants, who were granted leave until 11 a.m.

The men were honoured by the reception they received, but also exhausted by their long journey. They eventually made their way to their accommodation at the United Service Hotel in The Square, with Litchfield reportedly escaping from the enthusiastic crowd by grabbing a lift in a furniture van. The attention continued unabated in the days that followed. During their numerous interviews Kingsford Smith and Ulm were quick to point to the contribution of McWilliams and Litchfield. They hoped, for example, that those listening in had heard the few short messages that ‘Mac’ had been able to transmit towards the end of the flight ‘by dint of very hard and uncomfortable work’.

The Southern Cross returned safely to Richmond Aerodrome from Blenheim on 8 October. Like the New Zealanders they had honoured during their Tasman crossing, Kingsford Smith and Ulm eventually disappeared while flying: Ulm en route to Hawaii in December 1934 and Kingsford Smith over Burma the following year. 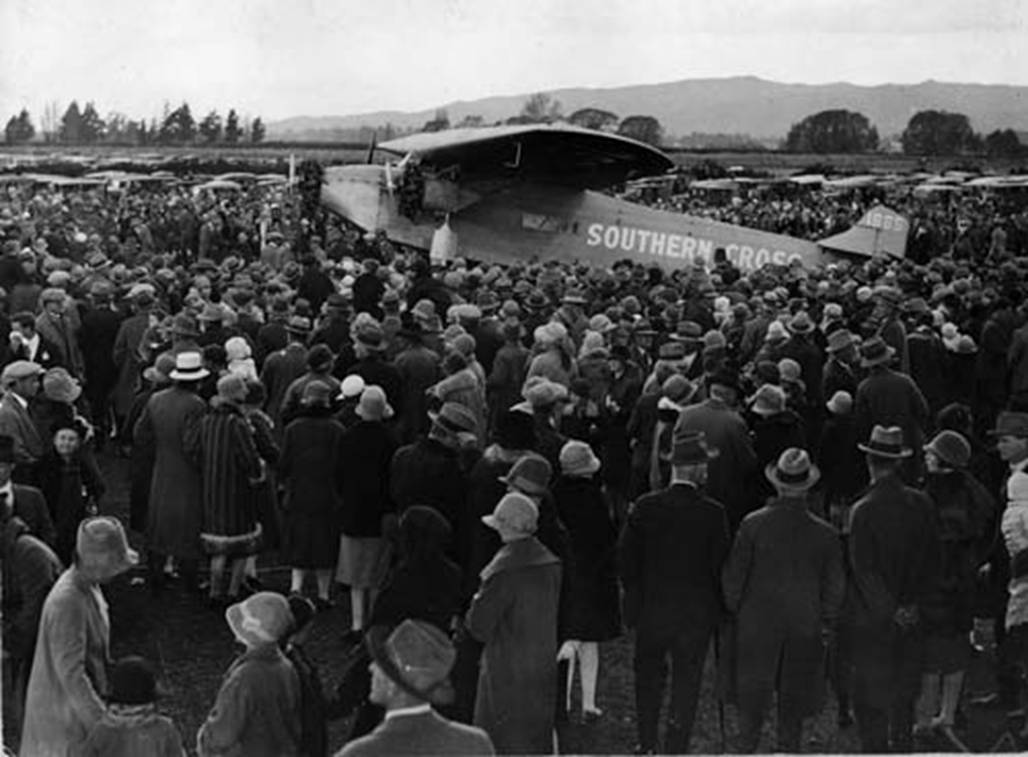 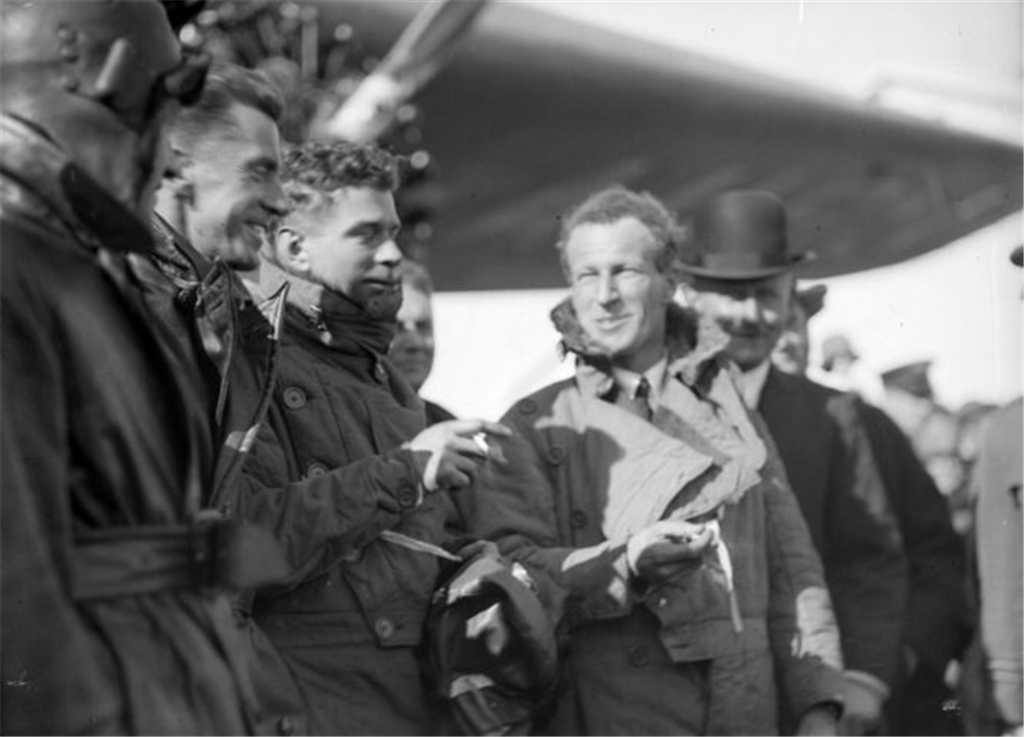